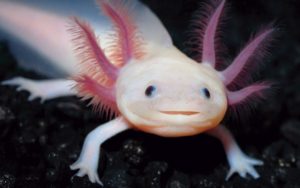 An amphibian that lives in Mexico.

When I looked up the Japanese translation of Ajolote in the dictionary,

The last came out with Axolotl.

It's not translated... (laughs)

"Axolote, what the hell is an axolotl?"

AholothWhen I googled (check with Google),

That's what they call it in Japan.

That's what I thought.

I wish I could call it... (bitter smile)

easy to call and remember,

a kind of salamanderWhat is it?

when i was a kid

While climbing the Northern Alps,

When I lived in Uruki Village, Nagano Prefecture,

I have seen a salamander.

There are said to be six species of Ajolotes living in Mexico.

Two of these species live in and around Mexico City.

I'm sure many of you know a lot about biology.

It is easy to understand if you can think of a frog.

When it hatches from the egg, it becomes a tadpole.

Since tadpoles spend their time in water,

They can't breathe with their lungs like humans can.

They take in oxygen from the water with their gills.

The gills disappear when they reach adulthood,

lungIt "changes" into a body with

The meaning is different. (smile)

Why is the Mexican ajolote such an important creature?

When they hatch, they already have lungs.

I wrote that there are two types of Aholote living here,

Seeds that do not undergo the above-mentioned "metamorphosis"

This wondrous cultivar is found in southern Mexico City,

Famous for its trajinera (canal boats)

It is a species that lives only in

However, the deterioration of water quality in Xochimilco,

Due to the expansion of residential areas, etc.

The environment itself where Aholote Mexicano can live is narrowing,

Their numbers are declining,

It is designated as an endangered species.

This includes a review of the traditional farming method chinampa that has continued from Mesoamerica,

It is necessary to take measures such as not using chemical substances such as pesticides in the habitat area of ​​Aholote.

In this world where money matters,

It can be said that we are in a difficult situation in reality.

the other one is,

A painter who painted Mexican landscapes,

I am also a favorite painter,

I can understand the situation around Mexico City and various places at that time.

I also drew Teotihuacan before it was developed “for tourism” like now,

due to interest in nature

I was painting landscapes in Mexico,

His interest also extended to biology. 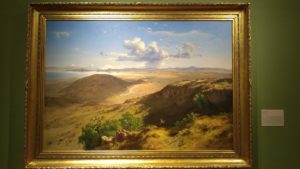 ☝☝☝View from the northernmost point of Mexico City towards the center, XNUMX
Jose Maria Velasco 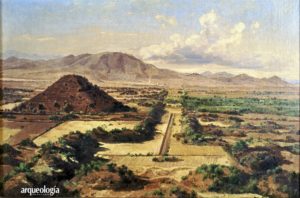 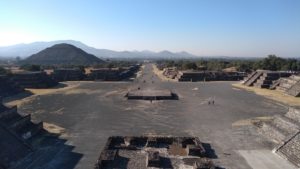 Explore the flora, fauna, geology and mineralogy that Mexico is proud of

For the purpose of sending out to the world,

Velasco was a member of that group, researching Aholoth.

During the research process,

Germans and others are "weird amphibians that don't metamorphose"

When I was researching

The Germans "could not undergo metamorphosis due to the poor water quality of Xochimilco."

"The study of flora and fauna is meaningless unless it is done in their natural habitat."

"You can't get an accurate answer in the artificially manipulated environment of a laboratory."

After many observations in the natural environment, Velasco

Already in XNUMX he had figured this out.

From his great discovery,

inhabits the Basin of Mexico,

This breed is currently only found in limited areas of Mexico and Hidalgo.

It is still listed as an endangered species.

What is the Altiplano?

It is the name given to the area of ​​Mexico City and its surrounding area.

Many animals are slaughtered for ivory and fur,

Many of them are also threatened with extinction.

Aholoth also probably does not leak,

poaching for its meat,

Due to habitat loss due to water pollution and the expansion of human settlements,

It is in danger of extinction.

Human civilization has developed so far,

Where are we humans headed and what are we aiming for?

What is the economic and technological development that is often talked about?

The negative phenomenon that can occur as a trade-off after continuing to neglect the natural environment, culture and history,

I feel that the time has come to think seriously about

By the way, this Aholoth

XNUMX at the earliest,

This means that they are likely to go extinct this year.