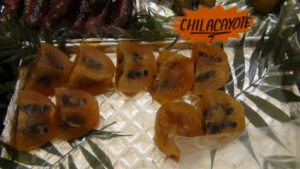 ☝☝☝Chilacayote, one of the five types of pumpkins grown in Mexico.
Sweets made by sweetening it.

Pumpkin in Spanish is commonlycalabasa(Calabaza)Is called.

Today there are XNUMX species of calabasa in the world,

XNUMX of them are used for food.

Because it is a crop of the Cucurbitaceae family,

It is also related to melons, watermelons, cucumbers, winter melons, loofahs, and so on.

Mexico is the world's largest producer of calabasa.

Its annual production is XNUMX tons.

It ranks fourth in the world with XNUMX tons, less than half that of Mexico.

The so-called pumpkin varieties in Japan are

It is also exported to Japan.

Corn is one of the most important foodstuffs in Mexico.

In realityCalabasa (pumpkin) has the longest history of cultivation.What is it?

Most pumpkins eaten in the world today are

Originating from the variety Cucurbita cultivated in Mesoamerica (the area where Mexico is today)Hm.

The human relationship with pumpkins

Originating in Mesoamerica (now Mexico)It is

CucurbitaIt is a breed called

The feature is that the fruit is large,

It is to get a lot of seeds.

This seed is used in MexicoPepitaHowever,

There are a total of XNUMX species of CucurbitaNative to the Americasso,

XNUMX of these are grown in Mexico todayIt is done.

And above allIt kept well. 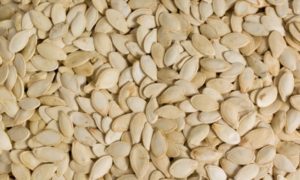 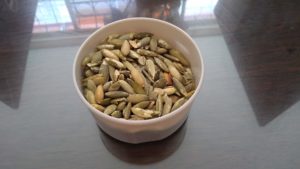 ☝☝☝Pepita with the shell removed.You can grind it or eat it as it is.
I'm writing this while munching on this now (laughs)

At that time, there were no containers for storing pottery etc.

Things that can be preserved are usefulSo it is.

In that sense, chili peppers were also a crop that could be preserved.

as a sacred crop

Even in the city ruins influenced by the Olmec, the oldest culture in Mesoamerica,

Calabasa (pumpkin), one of the earliest cultivated plants in Mesoamerica.

like eating in japanLarge mature calabasas do not eat muchHm.

The most commonly eaten

in JapanzucchiniI think it is known as 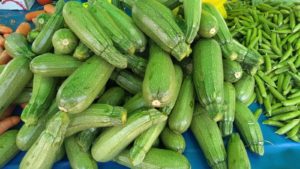 ☝☝☝Calabacita Zucchini
A yellow flower blooms at the tip.

as its name suggests,

I wrote that there are five varieties of calabasa in Mexico,

The most eaten calabashita (zucchini) is

The main variety is Cucurbita Pepo.

First brought to Europe from Mesoamerica by the Spaniards

It is also the breed that started growing first in Spain and spread to Europe. 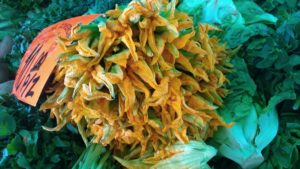 This is also my favourite.

It doesn't have a particular taste, but

I often make quesadillas for breakfast. 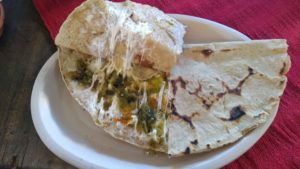 Depending on the variety,

In general, the scent of flowers is light,

It is useful because it is easy to cook.

From late May to early June,

It blooms from late August to early October.

Rich in vitamins and amino acidsBecause

It's good for your body too.

And I can't miss Mexican food,

Pepita itself is thin but has a hard shell,

peel off the shell.There is a greenish fruit inside.

Grind this with sesame etc.Pipian

Use this as a source,

There are dishes that you can eat with chicken etc.

This is literally called Pipian.

It is an indispensable ingredient for moles. 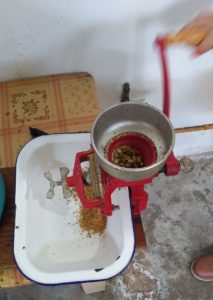 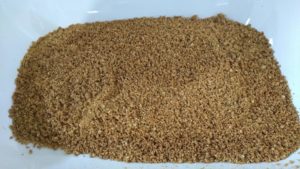 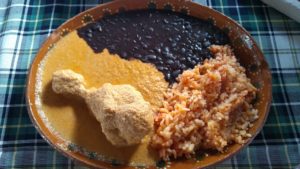 ☝☝☝Pipian.The black ones are beans.

Every Calabasa has seeds,

The most abundant and largest pepitas (seeds) are

Cucurbita PipianaIt can be obtained from the cultivar

The seeds of XNUMX B.C.

It was also a valuable source of protein.

Pepita is often eaten as a snack.

(What I'm eating now. The photo at the beginning)

I peel off the shell with my hands and eat it.

Alternatively, they also sell shelled ones.

When it comes to mature fruit,

In fact, strangely, it is rarely seen in Mexican cuisine!

Simmered pumpkin and tempura are the best, but...

While thinking that it's a waste,

It's not zero at all.

The only good example is the 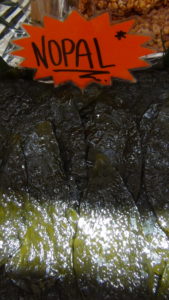 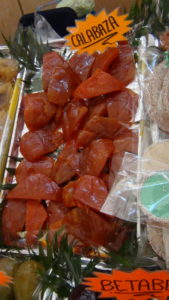 Harvesting of mature calabasa takes place between October and November each year.

Sugar cane was brought to Mesoamerica by the Spaniards.

Originally, in Mesoamerica, calabasa and sweetened fruit did not exist,

Developed by sugar brought by the Spaniards.

When I go to a market or an open-air bath,

In Japan, there are sweet boiled vegetables such as kumquats, figs, sweet potatoes, and young peaches.

Chilacayote, a kind of calabasa,

Various fruit candies are made.

Calabasas on the Mexican table

It's a crop that can't be done from the old days to the present day.

This is not a Cucurbita species,

It's called a gourd.

During the Mexican Empire (often referred to as the Aztecs), it was used to measure gold and pigments for annual tributes.

It's similar to how the sho was used to measure rice in Japan.

This gourd is long and thin depending on the type,

The sap (aguamiel) that accumulates in the maguey (raw material for tequila, etc.)

It was used as a tool (Akokote) for sucking out.

Over time, it has become an indispensable crop for the lives of modern Mexicans.