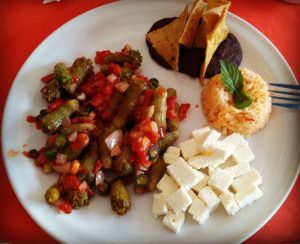 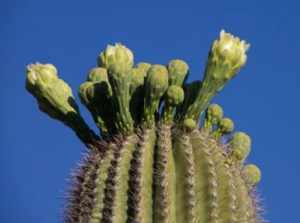 ☝☝☝Tetecha blooming on a cactus

I have introduced several crops that originated in Mesoamerica.

What surprises me is

All of them are naturally present in our Japanese diet,

It has become an indispensable agricultural product.

That is where the United Mexican States now is,

After that, it spread to the world,

It's not known at all.

It's a little off topic.

"What are you doing knowing that!"

Until then, if you say so,

For those who think so,

"You wouldn't exist today without your ancestors."

what did your ancestors eat

To know what kind of life you lived,

Before discussing whether it is important or unnecessary,

knowing your identityWhat is it?

Can you answer if asked?

It's not about your educational background, the name of the company you work for, or your title.

I'm too shy to answer.

I don't know my origin.

And at this age, I realized

So now I am learning little by little. (sweat)

Who the hell are you?

where did you come from

and where are you going?

I went to work on a crowded train,

"Who the hell am I? And where are you going?"

Going back to the topic,

You can see a lot of things through food.

Such lack of identity like "Where am I? Who am I?"

There are things that can be solved through food.

Food is now the seed of business,

There are more opportunities to be seen as a means to make money and gain fame,

Originally a means of livingIs not it?

Any living thing will die if it doesn't eat.

There was a time when people were hunter-gatherers.

Are nomads popular now?refers to the non-stationary work style of

Originally, it refers to such a lifestyle.

People at that time

hunt for a living,

I used to collect plants.

Unless it's for the sake of making money by selling it,

Nor is it to win fame by competing with others.

Before XNUMX-XNUMX B.C. when it became possible to store and preserve food

They were all nomads.

When the invention of pottery made it possible to store food,

no longer need to travel in search of animals and seasonal plants,

You will be able to grow plants on a certain amount of land.

In that case, make a lot and save it,

If there is a surplus, it will be "sold" to another group.Prototype of “commercial”Begins.

(at least in Mesoamerica)

If society is formed, class will also be formed.

Once a class society is created,

You can also believe in God.

Calendars are also created to “plan” the cultivation of crops.

Time flows to the present day,

“Food” is no longer just for living,

Eventually, family ties will be strengthened through social gatherings,

At other times, such as congratulatory or condolence events, Shinto rituals, Buddhist ceremonies, etc.

It becomes a “place” and a “means” for building relationships with relatives, neighbors, and people in the community.

I have a very deep background.

By knowing the background of food,

I think it's just a part of

We can learn about the lives of our ancestors,

you can know where you came fromvaluable source of informationWhat is it?

And to know it in various places,

It is one of the main purposes of travel.

Of course, I also take a lot of pictures. (smile)

So with just a neat appearance,

If you go to a land where there are only "junk food shops" with no taste or loofah,

No matter how beautiful the beach or townscape is,

I get disappointed and depressed. (Shin)

I won't say anything. (bitter smile)

It's like, "If it's this, then Miyakojima is better without coming all the way here!" (sweat lol)

I actually wanted to write about pumpkins today.

Again, it ended with just an introduction. (thank you)

It's a good place to have no plans...