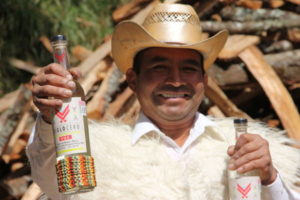 Mexican liquor that is still there.

This is about the fourth time I've written about Mexican liquor, including Pulque. (smile)

There are so many types of alcohol.

I think there are people who think that (thank you)

This is the last time.

Until now, maguey has been the main ingredient of tequila, mezcal, bacanora and pullcatta,

I still have it. (smile)

General stereotypes about MexicoAn image of a drunk old man wearing a sombrero (big hat) sleeping next to a cactusis not it. (smile) 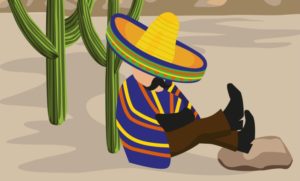 A little less than XNUMX km in a straight line southeast of Mexico City,

The state shares a border with neighboring Guatemala.

It's about XNUMXkm by car.

hereComitanThere is a town called

The sake that is mainly made there,

The raw material is maguey,

Rather than saying "use"

Because the variety is most commonly found in the wild,

"I came to use it naturally.",

That's the correct way to say it.

(I mean, it's the same, just a different breed of maguey)

Instead of steaming the piña (the part near the base of the stem),

just like pulqueThe sap (Aguamiel) that accumulates in the center of the maguey is taken out and fermented.I will

Fermentation and distillation are the same as other distilled spirits.

the other one isPosh (Pox or Posh).

It is still drunk for traditional events and customs.

The relationship between humans, their staple food, corn, and the land on which it grows,

AndA symbol of friendship with neighboring villagesWhat is it?

That's why when we welcome guests, we serve them with posh.

It seems that young people are picking fruit in the city and expanding the market as a liqueur.

Pickle the fruit for about a yearMistelaIt is sold as

This liquor is actually

It's rare that it's not a magei relationship!

Add corn, wheat bran and sugar to the water.

Fermented in about a weekChichaHowever,

It was drunk by the people of the Maya culture of Mesoamerica.

They are still sold in the market.

After all, the distillation technique was introduced by the Spaniards,

This chicha is distilled.

That is the characteristic of sake.

The above originated in Mesoamerica,

Distillation technology brought by the Spaniards via Arab XNUMX years ago,

It is still called by various names in various regions today.,

It's a Mexican distilled liquor that continues to be drunk.

When you go to Mexico

If there is no driving later,

I will join you (laughs).