Recently, there are a lot of things related to history (sweat lol)

I am sorry that I can not contribute anything to those who are not interested. 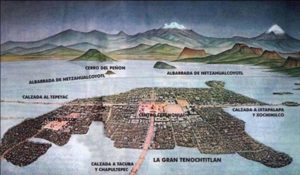 ☝☝☝ Do you know where this is in Mexico?

Even though I know that

There's a reason why I don't stop posting about history.

Of course it is difficult and

For those who are not interested, I think it's boring and annoying to read.

About the history of Mexico

I was taught by a doctoral teacher in history at the National University of Mexico at the guide school.

I was at the kindergarten level in Mexican history,

I suddenly asked a doctor from a national university to teach me,

And in a foreign language.

As a basic idea,

In the history of Mexico, in XNUMX,

The history dates back to when the Spaniards landed in Mesoamerica.

Mesoamerican history is a branch of archeology.

It's just my imagination,

More than XNUMX% of those traveling to Mexico

You don't know anything about Mexico,

Although it would be nice to participate in a Japanese tour,

Each person has their own purpose of travel.

If your job is to upload photos to SNS,

I wish I could even take pictures.

I don't know much about other countries, but

Even if you eat one octopus,

Thousands of years ago there were chili peppers and corn,

Cooked in metate, molcajete, and comal and made into dough,

In the XNUMXs, Lebanese culture entered...

Knowing all that, when I ate it,

I stared at the tacos while thinking about it. (smile)

I think you've traveled a lot in Mexico.

it's worth the trip

This is also each person, so it's not bad.

"I wish I could take pictures of the ruins!"

"I want to stand on my hands at the ruins!"

“I want to go because Cancun is famous!”

Of course it's OK.

(I think Ishigaki Island is more beautiful if it's just the sea, but wry smile)

Each trip has a purpose.

When I go on a trip, I'm a person who takes a lot of photos,

I thought that one day.

"What the hell am I filming?'

Not knowing that is

I don't know the [value] of the subject,

is the same as

Even though the subject is tremendously valuable,

Take a picture without knowing what it is,

By knowing even a little bit of history,

"Why is Spanish spoken in Mexico?"

"Why is there tequila?"

"Why tortilla instead of rice?"

"Why are there so many pyramids in Mexico?"

"Why is Mexican food spicy?"

“Why are there more than XNUMX languages ​​even now?”

"Why is only Brazil spoken in Portuguese in Latin America?"

Because there is no sharpness when you look up.

I don't have the knowledge of a historian,

Of course, I'm sure there are people who know more about American history than I do..

To as many people as possible,

To make people interested in Mexico even a littleBut,

This is the purpose of this [Kiote Communication].

I know that there are parts that cannot be explained,

Please feel free to ask me anything you don't understand.

I will explain as much as I can.

And if you can actually come to Mexico,

I couldn't be happier than that.

"Why is Latin America mostly Spanish,

Is it only Portuguese in Brazil?

I was thinking of writing

When I started writing, I was writing something completely different. (bitter smile)

I will write to you another day