“Showing the simple face of Mexico to the world!”

For the first time in earnest, it's almost 5 months,

than I originally thought

It has been read by quite a few people,

To be honest, even I am surprised. (joy)

I received a lot of direct messages on my email and line,

Due to the unexpected response,

I am just grateful.

It's not for me to decide

I really can't do anything with this corona misfortune, but...

Looking at your message,

I really feel it.

I am always grateful for your help!

We hope that this will give everyone a chance to learn about Mexico.

I will continue to whip the horse,

I will power up, so

I would appreciate it if you could continue to join me.

I actually wanted to write about something else today.

I'm sorry that the topic of history continues.

It is now May XNUMX, XNUMX in Mexico.

I can't think of it in Japanese history, but

An easy-to-understand event is Magellan.

Magellan left Spain in XNUMX and

Died in the Philippines in XNUMX.

XNUMX years ago today, I wonder if I was somewhere around South America, the halfway point.

As for why I changed the topic today,

It is a religious building commonly known as "Templo Major".

The day of the massacreWhat is it?

It's a place you'll find in guidebooks.

Even after this, under the pretext of missionary work,

Inhuman acts by monks and Spaniards continue throughout Mesoamerica.

This is my second time at Templo Major.

For example, in Japan,

As a "negative legacy" that must not be forgotten,

As an experience that should never be repeated,

It is passed down from generation to generation. (I hope so.)

More than XNUMX% of Americans still support the use of atomic bombs against Japan.

The act of slaughtering innocent and defenseless civilians, which has nothing to do with war,

It is absolutely unacceptable,

America should apologize as a country.

to apologize or not

not determined by the number of casualties,

It should be done about the act itself.

I apologize for the many deaths,

so little that it doesn't matter,

At the site of "Templo Major" in Mexico City today,

As many as XNUMX Messikas were killed. 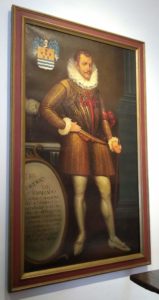 This incident is still

recorded in history as 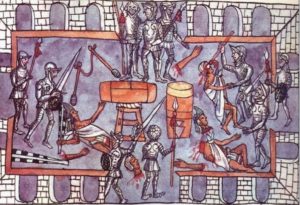 In the square in front of "Templo Major" on this day,

It was dedicated to Huitziloposturi.

Explaining the gods would be long and complicated, so I won't do it here.

There was a ceremony.

I have completed a series of ceremonies,

They are sacrificed to pray for the resurrection of God.

This ceremony is especially for rain and agriculture,

And it was done to pray for a good harvest of corn.

May is the rainy season in Mexico City.

It fluctuates from year to year, but

Around this time (May XNUMXth) is the beginning of the rainy season. (was)

When I look at the picture of this massacre, it looks strange.

I can't see the person who looked like a god necessary for the ceremony.

By this time already

Catholicism by the Spaniards

may have been converted,

Intended to slaughter from the beginning

Massacres were carried out in large crowds,

The other is that the Messikas themselves

Let them perform their idolatrous rites,

There are two theories that

The former is believed to be the more dominant.

No matter how mixed-race people are,

By the Spaniards who suddenly boarded,

I talked to many people,

"Mexico since Spain came in",

It seems that the idea is strong.

Because of the mixed culture,

From the perspective of "now",

That is what will be relegated to the outside.

And in thinking about identity,

I think it's a difficult but important point.

I'll write something other than history tomorrow~