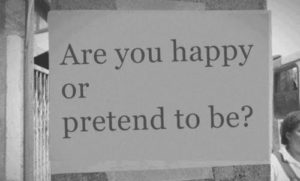 This is what I've learned so far in my life in Mexico,

This is the most important point.

For customers traveling to Mexico,

Relax a little and

I want you to enjoy it to the fullest.

Even when visiting ruins,

Even when walking around town,

Everything that happens during your stay [Mexico trip]

It is to have fun as.

To sayproposalI am allowed to do so.

Even though I say this,

Many customers who have come to my place so far,

They are all wonderful people. (Joy!)

No, no, it's not a social commentary. (smile)

As for what is good,

Everyone is very curious,

I am actively trying to enjoy myself.

MoreoverThank you for taking care of me, a newbie like me.

I am getting better.

For more than XNUMX years in my previous sales position, I have worked with many Japanese customers,

I worked with business people,

Since I was new to the travel industry,

I was a little nervous at first.

What all customers have in common is

Even before you came to Mexico,

Since we are contacting you very carefully,

Even though it's the first meeting, it doesn't feel like the first time (laughs).

You will arrive relaxed.

Before starting this work

For communication with people living in Japan,

Even though I was born and raised in Japan, I am Japanese.

I had become unfamiliar with Japanese customs.

Originally, there were many things that I couldn't get used to since I was a child, but (bitter smile)

Even if you subtract that

Every time I go home, I feel it.

Here's an example of how I felt "something unusual" in Japan.

Four years ago, I took my wife to Japan for the first time.

I went to see fireworks, a summer tradition.

My parents and a total of XNUMX people,

I took a reserved seat, Masu-seki.

It was a little small for XNUMX people,

It was separated by tape on the blue sheet.

Then, a couple sat in the box behind us.

After a short time,

Something hit my back

When I turned around, the plastic bottle had fallen.

"Hmm? Why is there a plastic bottle here?"

I stood on the spot even though I thought it was strange.

After a while, I knocked over the plastic bottle again.

Then the man was disgusting,

"You can't protrude a little~~"

That's what you said.

wea little (XNUMX cm)But if it sticks out,

I put a plastic bottle on the line on purpose. (bitter smile)

And I fell into that "trap".

I didn't understand what this person was saying for about XNUMX seconds.

That's when I realized.

What if this was Mexico

The answer that came out was

XNUMX. There is no division in the first place

XNUMX. Finally, make noise with people you don't know regardless of the division

XNUMX. Those kind of reasoning-like and detailed guys are conversely made into jokes.

That's what it was.

I agree with you.

I'm sure it will.

It often protrudes dozens of centimeters,

You'll know when it's taking up space.

There is such a thing,

Unnecessary when you go to JapantightnessI often feel

What I think is a daily occurrence.

Especially if you are working with people from Mexico. (bitter smile)

Of course, the correspondence of store clerks and call centers,

Colleagues who don't work because of their pride are still good people,

on the bus or at a concert

People were sitting in my seat on the ticket I bought (laughs).

It's good not to show up at the appointed time,

You can't show up without contacting me. (give up)

Even if you make a rational argument for such a thing,

no one will listen to you.

in Japan"It's right to be straight"

"The division is up to this line, so don't go over one centimeter."

Yes, you are right.

☝ Many people misunderstand this and come to Mexico.

No matter how bad I know,

I come with this attitude. (problem)

Even if an accident occurs due to the carelessness of the other party,

To be made up and blamed on yourself.

(Fortunately, I have never had an accident in my life, including the accident I received.)

After that, keep saying why you couldn't do it forever,

or not come up with a solution. (bitter smile)

Getting angry and fighting each other

Above all, it's a waste of your energy and time.

Force your head and heart,

It resets before the "incident" happens.

I had a hard time doing this,

I was rubbed and now I can do it unconsciously. (smile)

I'm lost in myself.

As a fellow Japanese, I think

Just like the plastic bottle incident at the fireworks festival,

"A little longerIt's easier and more fun to live with toleranceIsn't it? ”

Do not be blinded and accuse,

Do not forcefully demand an apology,

Let's put the reasoning aside for the time being,

Complaints are being made to temples in various places,

It seems that there are temples that cancel the annual event.

I read the news and was veryMy heart ached.

Such a culture is

What Japan can be proud of abroadAnd

Japanese identityWe must not forget that