A Step Ahead Mexican Museum of Anthropology & Ruins Tour 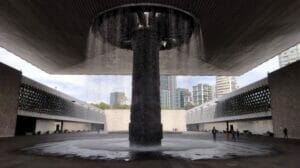 History of the National Museum of Anthropology

Built in 1964, it is the world's largest archaeological museum.It has become one of the main destinations for travelers to Mexico City, both domestic and international.

The history of the museum dates back to the late 1800s. Before 1964, it was located in what is now the National Museum of Culture, adjacent to the Palacio Nacional in the center of Mexico City.

During the Spanish colonial period, on August 1790, 8, the statue of "Coatlicue" was discovered in the southeastern part of the Plaza de la Constitution (commonly known as the Zocalo). Stones (Piedra del sol)" are discovered in quick succession. 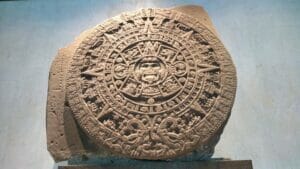 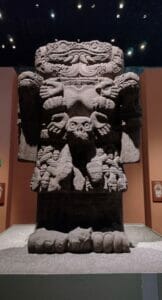 👆 Coatulique (Mother of God in Messika)

Around this time, interest in pre-colonial culture began to grow, and the Catholic Church instructed the colonial government to bury this "sun stone" on the western wall of the Metropolitan Cathedral (Cathedral). 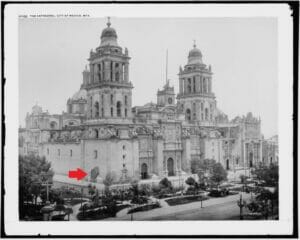 In 1865, archaeological and related artefacts began to be collected.It was during the Second Mexican Empire, ruled by the Austrian Maximilian.It is the end of the Edo period in Japan, and the Civil War was about to end in the neighboring United States.That place later became the Museo Nacional de México, the current National Museum of Culture, but at the time it was not opened to the public as a museum due to domestic turmoil.

After the execution of Emperor Maximilian in 1867, the Benito Juárez government was restored to the presidency and finally opened to the public as the 'Mexico National Museum'.This is the beginning of the history of the Museum of Anthropology of Mexico (Museo Nacional de Antropología).

However, there was no exhibition room like today, and the relics were not arranged and exhibited, and the large stonework group was placed in the courtyard.The exhibition room "Stone Statue Room" was set up on September 1887th, 9, the Independence Day of the Porfirio Diaz administration.There are also giant stone statues such as the "Stone of the Sun" and the "Chalchiuhtlicue" found in Teotihuacan. 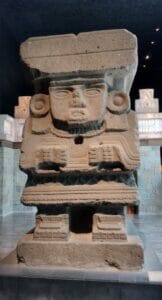 This will be the first institution in Mexico to conduct scientific research on archaeological relics and ethnic groups.The "National Museum of Mexico" also functioned as an educational institution, giving lectures and lectures in archeology and ethnology.This became the Escuela Internacional de Arqueología y etnología Americanas, the predecessor of the current National School of Archeology and History (Escuela Nacional de Antropología e Historia = ENAH), and later made achievements in the excavation of the ruins of Monte Alban. Students will be future eminent archaeologists such as Alfonso Caso, who will become

In 1939, the current National Institute of Archeology and History (INAH) was established, which is responsible for the protection, enlightenment, and research of cultural properties such as ruins and relics.When you go to the ruins, you will always see the "INAH" notation and logo, but this isIinstitute Nacional de Antropología e HIt is an acronym for istoria (National Institute of Archeology and History).From here, the first university archeology department (Escuela Nacional de Antropología e Historia = ENAH) was established as a derivative of Mexico, and it has become the highest school of archaeology in Mexico, producing many archaeological experts and teachers. The instructors of the lectures I take are also graduates of this school.

In 1964, the current National Museum of Anthropology, which covers 70,000 square meters, was completed, and has become a museum with a total of over 7700 archaeological artifacts and over 5700 folklore-related exhibits.It protects and preserves the heritage of Mesoamerican civilization, which Mexico boasts to the world, and is a facility that can be said to be one of the symbols of Mexico.

This tour combines the sightseeing of the ruins, and guides you through the National Museum of Anthropology in Mexico to make it easier to understand and more enjoyable.

In general, museums tend to be thought to be easy to understand because the exhibits are organized and have explanations, but in archaeological museums, the context before and after a single relic is cut off, making it difficult to understand. .

The archaeological relics of the National Museum of Anthropology belong to the Mesoamerican civilization, a period before the Spanish brought a completely different European culture during the Age of Discovery and mixed with it.Mesoamerican civilization is an area where many 'cultures = small countries' with different languages ​​and customs can be described as 'a collection of small countries'.However, despite the fact that they are ethnic groups with different languages ​​and customs, they share common cosmological views such as beliefs and architecture, and based on that, they have developed a huge civilization through commercial and political relationships. was forming.

Therefore, it is very difficult to understand Mesoamerica by isolating each relic, each cultural element separately.

The point of this tour is to take your travel time and travel area into consideration, visit the exhibits and related ruins, connect the historical background, and then see the museum exhibits.This makes it clearer what each exhibit is about and makes it very interesting.

This is just an example, so you can freely adjust it according to your travel time and interests.

The history of present-day Mexico City (1st to 3rd)

Birth and decline of Zapotec culture (2nd to 3rd)

If you take the land route, you can also stop by Cantona, Cholula, Xochitecatl & Kakastura, Teotihuacan, etc.

Also useful for the next ruins tour

Mexico has five times the land area of ​​Japan, and there are 5 "ruins" that are open to the public mainly in southern Mexico, and 200 "ruins" that have been confirmed.Due to its size, it is very difficult to see the whole of Mexico in one trip.

Today's Mexican culture is not based on a single culture. Mesoamerican civilization, which was based on a complex but shared view of the universe, and European culture, which suddenly appeared on top of that, are partly based on this. is mingled with Mesoamerican culture and built partly on a destroyed history.

This is the root of Mexico's multi-ethnicity, and at the same time its charm and identity.

I think it is difficult and unnecessary for a single traveler to visit all the ruins.On the other hand, I don't think that the historical importance of a site is affected by its name recognition.The most important thing is what the travelers themselves feel at each place.

If you go to related places like the tour route example above, you will definitely see the connection.When they are connected, we can finally see the whole picture and essence of Mesoamerica.And it goes without saying that it is the cornerstone of today's Mexico.

I think there are people who shy away from visiting the ruins because they think it is difficult, but I think it is interesting just to feel the connection between the ruins and modern culture.For example, if it is easy to understand, it is "food" and "folk crafts".Where and how did the crop begin to be domesticated?Why is this folk craft so popular in this area?They are closely related to hundreds and thousands of years of Mexican history.

We believe that if you visit Mexico not just once, but two or three times, and feel the different aspects of each region, you will be able to feel the charm of Mexico even more.

Mexica "Stone of the Sun" known to the Aztecs 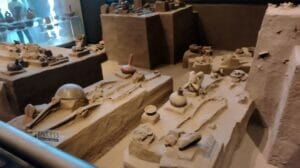 Origin of Mexico City, Tlatilco, 3000 BC 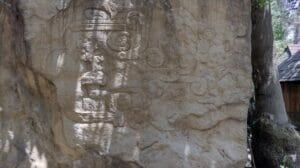 Charcatzingo and Olmec junctions in central Mexico, BC 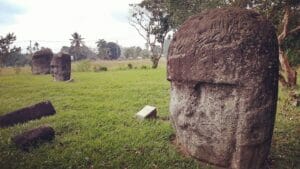 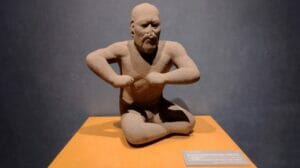 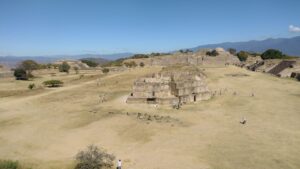 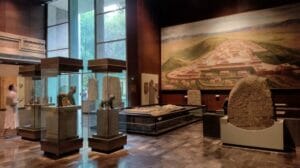 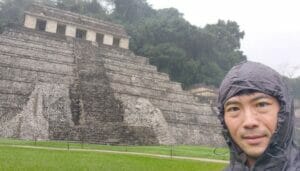 Temple of Palenque where King Pakal's sarcophagus was found 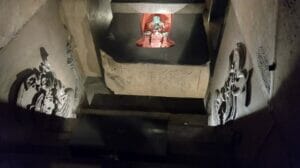 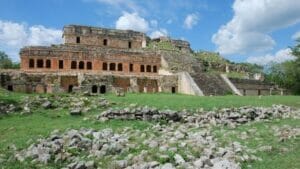 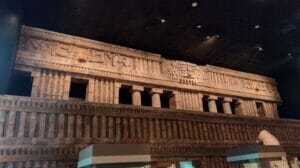 A model of the temple at the Sajir Ruins 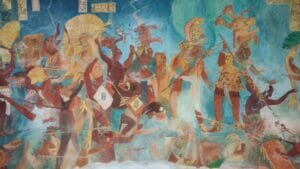 A replica of the murals of the Bonampak ruins 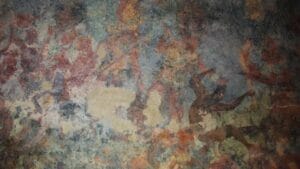 Recommended for these people!

Of course, people other than the above people are also very welcome!